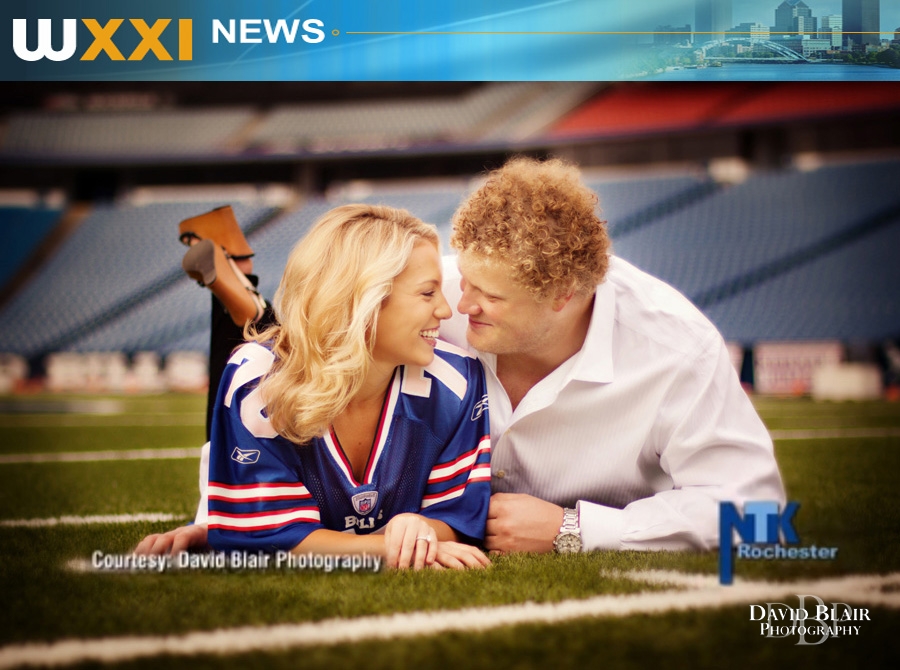 The WXXI News show Need to Know Rochester recently interviewed my previous client Buffalo Bills Offensive Lineman, Eric Wood, as he discussed his new leadership role on the team.  Eric played for the University of Louisville before he was drafted to the NFL.  During his time here in Kentucky he met his beautiful wife Leslie. The show used one of my images from Eric and Leslie’s engagement session while he discussed his relationship with his wife.  Although I am a wedding photographer in Louisville I gladly travel to do sessions and destination weddings throughout the country and sometimes even abroad.  As a Louisville photographer, it’s no surprise that I do many Louisville engagement sessions, but it’s always a joy when a couple allows me to incorporate locations of significance in a session even if we have to travel to get there. Sometimes we will shoot at one of the places they would hangout while dating or perhaps to the location of the first kiss.  Some couples have taken me to the exact spot of the proposal while others have taken me to the land where they’re going to build their first home. For Leslie and Eric’s session I flew up to Buffalo New York.  It was great getting to work in the Buffalo Bills Stadium and take advantage of the beautiful fall colors and nearby Niagara Falls.  It is exciting to see my work featured on the news, but it’s even more exciting to see Eric’s success.  Looking forward to a great season. 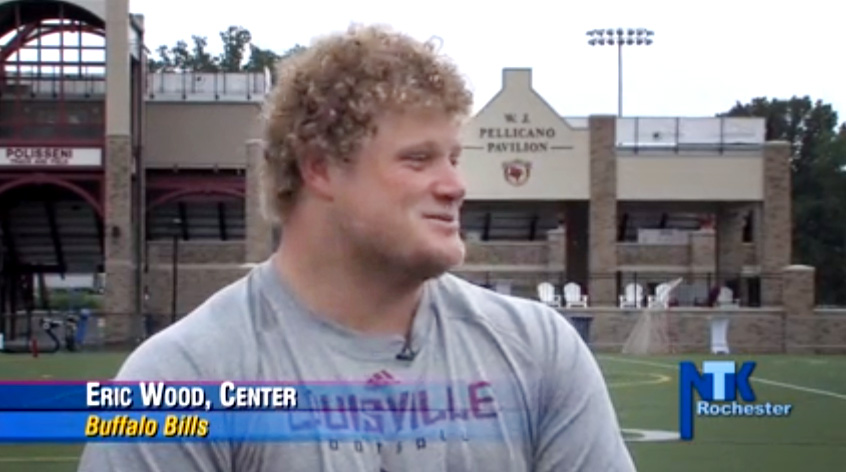 You can watch the interview at http://www.wxxinews.org/post/need-know-rochester-august-15-2013   Below are a few images from their Niagara Falls Engagement Session we did up in Buffalo. 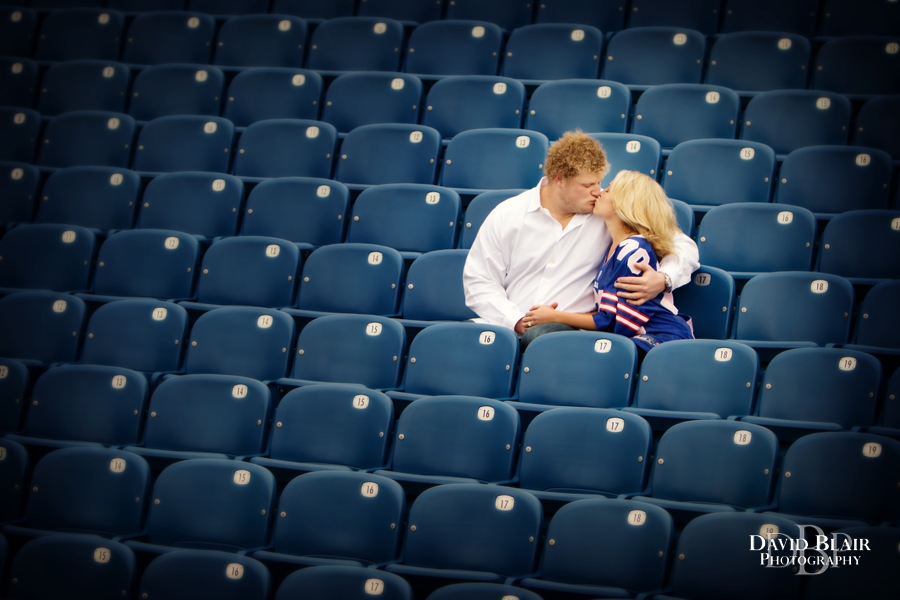