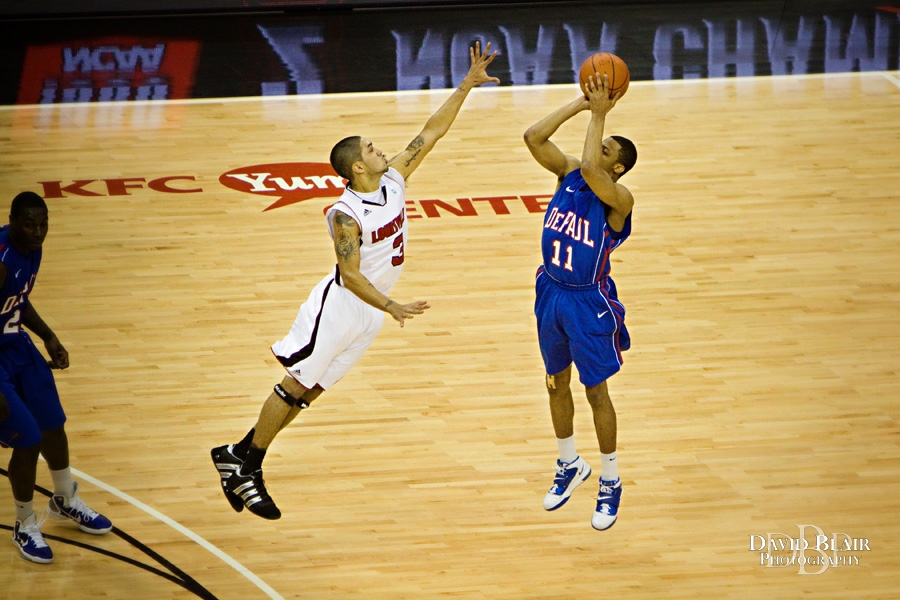 Tonight was my first time shooting in the KFC Yum Center. I love shooting basketball, but it is even more enjoyable with the new arena’s great lighting. It really making it easier to catch “the shot”.  Most of the time I am out shooting weddings or engagement photos, but every once in a while I get the opportunity to go shoot sports.  It is good to change it up and I always have a blast.  Here are just a few photos from Saturday night’s Louisville vs. DePaul men’s basketball game. U of L found a way to top DePaul in a tight 61-57 game before 21,704 fans. 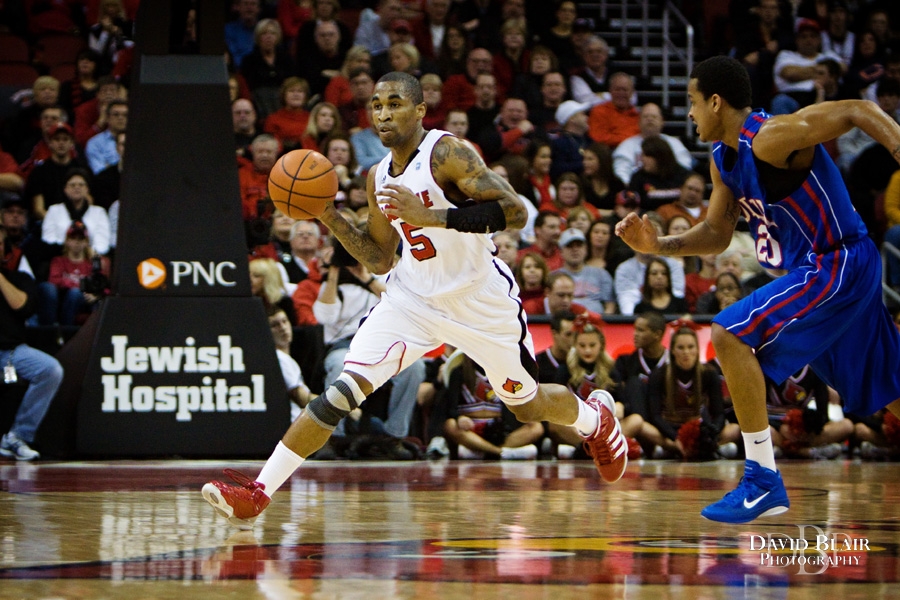 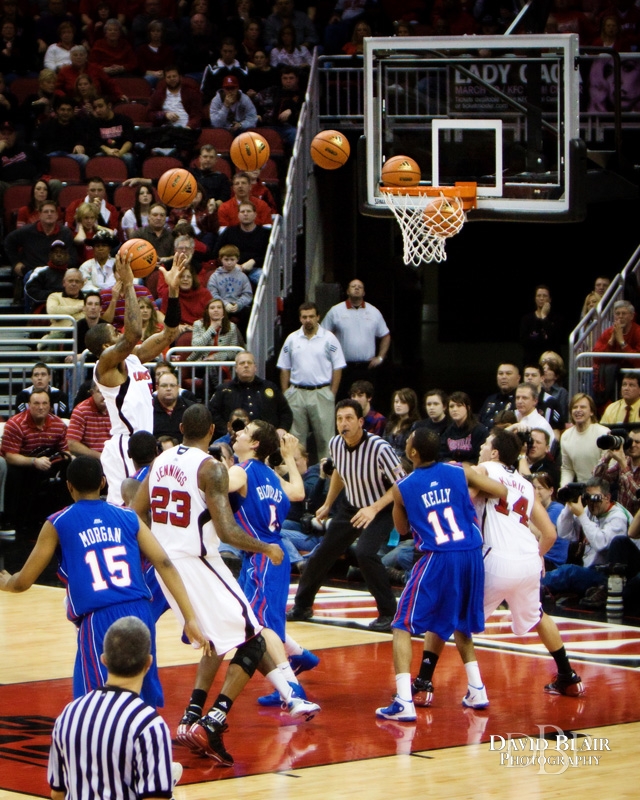 Louisville’s Russ Smith and DePaul’s Brandon Young battle for the ball at the KFC Yum! Center in Louisville, Kentucky on February 05, 2011.

Peyton Siva shoots from the perimeter under pressure during the second half of play in their NCAA basketball game in Louisville, Kentucky.

Louisville’s Peyton Siva makes a behind the back pass around DePaul’s Tony Freeland in the game between the DePaul Blue Demons and the Louisville Cardinals at the KFC Yum! Center in Louisville, Kentucky on February 05 2011.

Kyle Kuric scored 19 points, including this game-clinching 3-pointer with just over 2 minutes remaining as No. 15 Louisville held off DePaul 61-57 on Saturday night February 05 2011 at the KFC Yum! Center.

To see photos of Louisville vs. Georgetown Basketball Click Here.

Sweet. I don’t think I’ve ever seen so many tattoos on showcase! I want a turn to go court side!

Great shots – you, AND Siva! Love those CARDS!