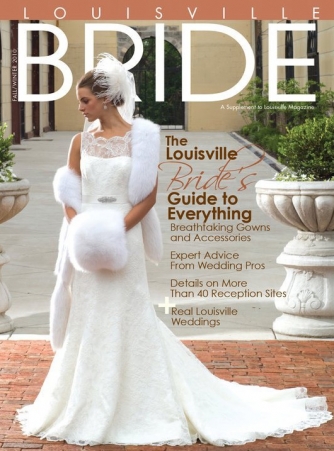 Louisville Bride magazine published Robbie and Jordan’s Gardencourt Wedding in it’s Fall issue. As one of the top wedding photographers Louisville has to offer David Blair regularly has his work featured in bridal magazines.  For Robbie and Jordan’s wedding everything came together perfectly.  It was a beautiful day at a gorgeous venue, but when a bunch of hot air balloons rose over the horizon it turned into what seemed to be a magical wedding moment.  Before I tell you more let’s rewind for a minute and see how we got here.
It started with a look. Robbie had been attending a college age gathering at his church for a few months, when one night, Jordan walked in. While Robbie was standing talking to a friend, he was suddenly awestruck by her beauty. His friend noticed and said “go talk to her”. Robbie, being kind of nervous, decided to wait. By the end of the night, Jordan was wondering who this guy was that kept staring at her. They were introduced that night, but that was it. The next week, after the service, Robbie decided to talk to Jordan to get to know a little about her. They talked for a few minutes and then went their separate ways. The next day, when Jordan went to her car after work, she found a note. It was a note from Robbie leaving his number and asking if she would like to go out sometime. The next day, she called and that night was their first date. On the first date, they both knew that this was different from other dates they had been on. Their interests and personalities just seemed to mesh together. Robbie wanted this date to stand out from others Jordan had been on, so the next day he had flowers delivered to her work. The date began four wonderful years of dating. The night before Jordan’s  23rd birthday, Robbie gave her an early present; an engagement ring.
She had always wanted a Fall wedding, so they decided to get married in September at Gardencourt, located on the campus of the Presbyterian Louisville Seminary. The outdoor wedding provided a beautiful landscape for this special day. And the day truly was special. Rain clouds early in the day magically dissipated to create the perfect setting. The couple had selected for their wedding photography Louisville photographer David Blair who could capture the essence and mood of the day in a way that they could cherish for a lifetime. David worked masterfully capturing every detail.  Quite to everyone’s surprise as the ceremony processional began hot air balloons began to rise above this beautiful outdoor wedding.  When the ring bearer started walking down the aisle he just stopped and pointed at the balloons yelling out, “Balloon! Balloon!” Can you really blame him?  David was able to get incredible images while the bundle of hot air balloons floated quietly over the ceremony. It made quite the backdrop for this beautiful fall wedding. After a flawless wedding, the couple headed across the river to Kye’s reception hall. The reception was lively and upbeat with music and dancing. A delectable dinner was served by Ladyfingers and an artisan decorated cake by Sweet Stuff was enjoyed. All in all this was the perfect evening of which the couple had been dreaming for so long. If you’re looking for one of the best wedding photographers Louisville has to offer, call David Blair today! 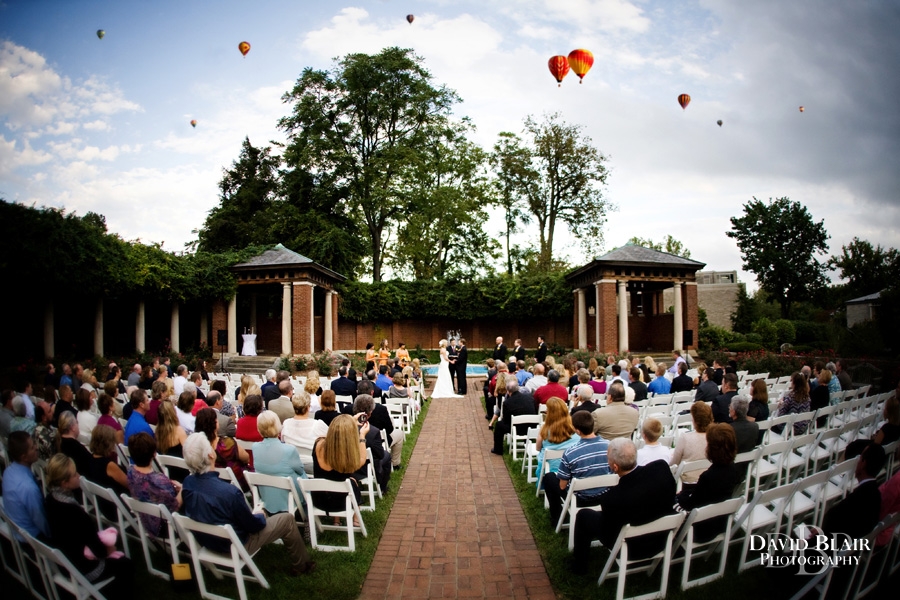 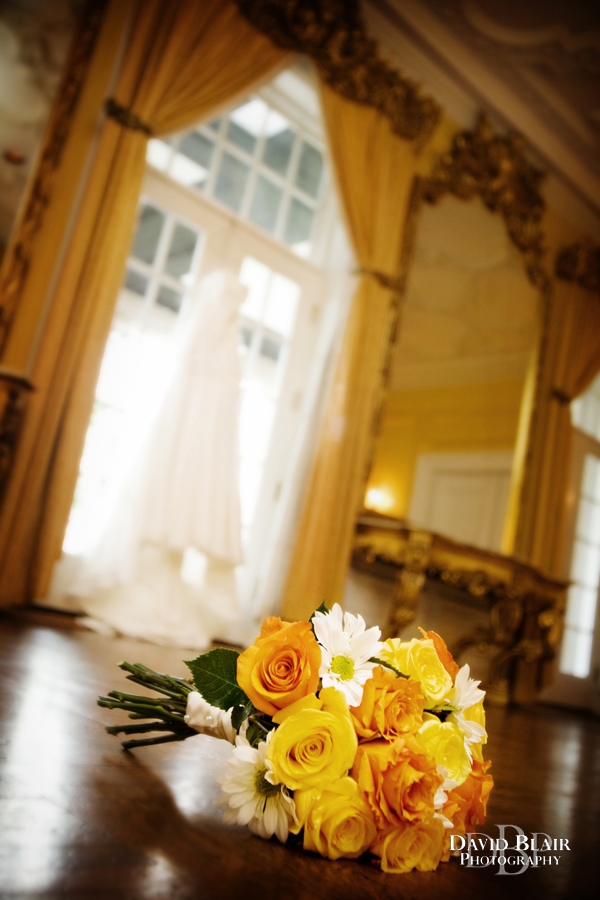