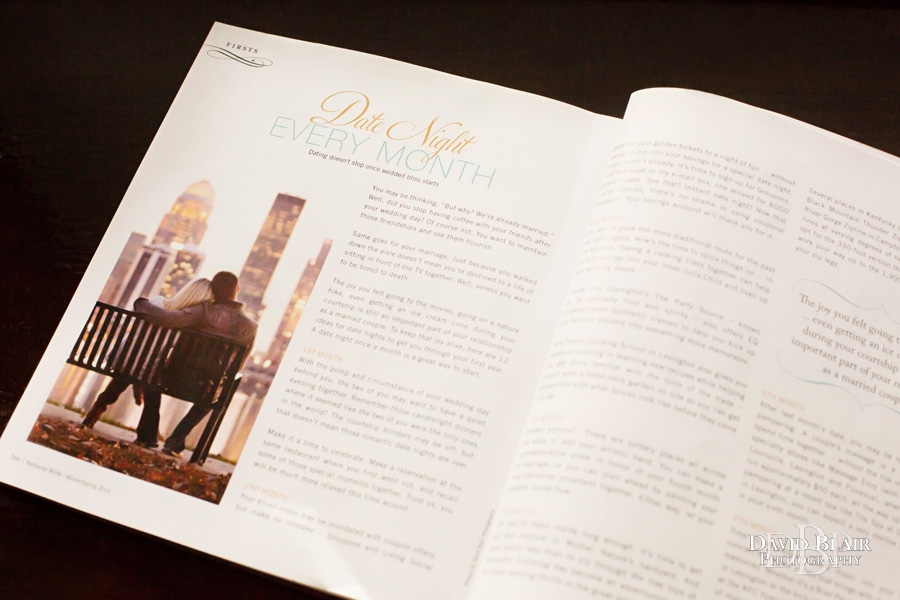 I am honored to announce that my work has been published in Kentucky Bride Magazine again.  With its image saturated pages it’s easy to understand why it’s one of my favorite magazines and one of the industries finest. Kentucky Bride Magazine is truly becoming a regional magazine as the current issue hit newsstands last week in eight states throughout the Midwest and the South. The winter issue marks the official beginning of engagement season.  There seems to be something about the holidays that help those knees drop and that question pop. Okay, that sounded a little corny, but the truth is lots of couples get engaged during the holidays and I’ve already been meeting with so many newly engaged couples lately that my 2014 calendar is quickly filling up. I walked into my living room yesterday after meeting another new bride-to-be and discovered that the Spring issue of Kentucky Bride Magazine had arrived.  I had to open it up to take a look right away and I was excited by what I found. The magazine had chosen to feature my images of 4 different couples. 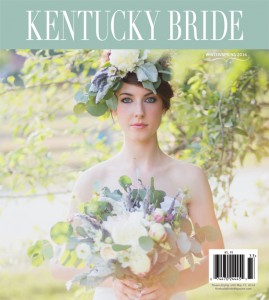 The first two couples images were included in the magazine’s article about being sure to have a date night every month.  The magazine stated that “Dating doesn’t stop once wedding bliss starts” and then recommended 12 date ideas throughout Kentucky for newlyweds.  When I am taking engagement pictures I intentionally want to create romantic images that remind them of dating one another.  If there’s a particular activity they love to do together or a romantic spot they have spent time at in the past then that is where we start. I had a great time with this first couple. During Aaron and Brittany’s Engagement session I was able to get an image of the two of them just hanging out and enjoying the city lights of downtown Louisville at sunset. They love this city and it fit them perfectly. Hannah Lynne and Wesley love drinking coffee together and most of their dates include a stop at a comfortable coffee shop. While we were out taking photos as might be expected they got a hankering for some slow roasted-caffeinated goodness. Rather than just drinking it down quickly I suggested they relax and let me create some images of them engaged in one of their favorite pastimes.  The next couple was Ramy and Frida’s Engagement Session in Sweden.  Most couples do their engagement session months ahead of time, but since these two were in Europe I just headed out a few days early for their destination wedding so we would have enough time to do an engagement session before the big day.  It was my first time meeting Frida and doing the session certainly helped her to be more comfortable in front of the camera on her wedding day. Engagement sessions serve as a low-key warm-up to the wedding and they are even worth doing if we end up doing it last minute.  I love how these sessions give me an opportunity to get to know my couples and build their confidence because they realize they will be in good hands on the big day. We meandered through the Swedish countryside during their engagement session and at one point the two of them got into a small rowboat and drifted out into the middle of a small lake.  I think their images are just so romantic and I’m glad the magazine agreed. The last couple was Chris and Parisa who actually won their engagement session in a contest in which voters chose the most creative and romantic proposal.  The last  I’m honored any time a magazine wants to publish my work and I’m glad that in this issue it wasn’t just the wedding day itself that got attention, but rather 4 sweet couples whose love and affection towards one another can be clearly seen. Thank you to each of you for letting me create images that show that you are in love. 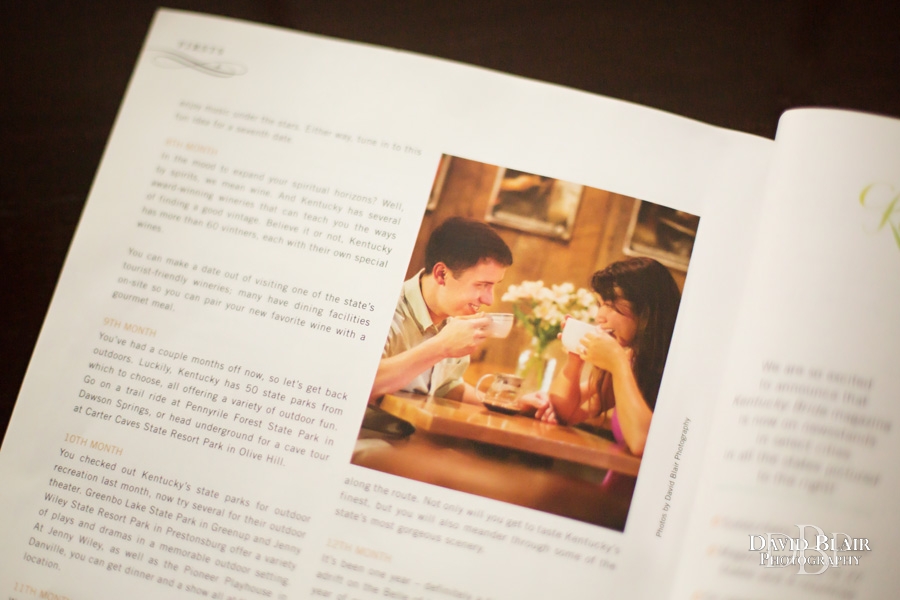 Here is a gorgeous Autumn engagement session in

Hannah Lynne and Wesley are one of the sweetest couples

I went to Sweden to shoot Ramy and Frida’s

Here are Chris and Parisa’s Engagement Photos in