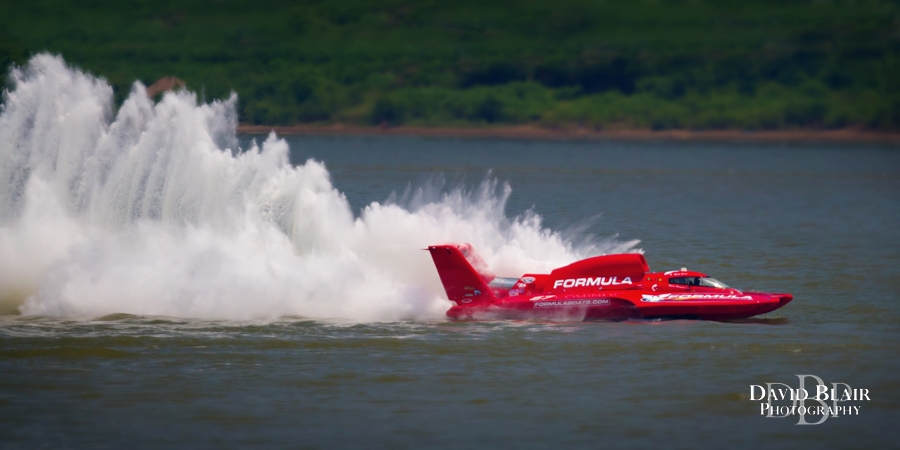 Before I ever became a Madison Indiana Photographer I had taken my family up to the Madison Regatta to watch hydroplane speedboats race at near 200 mph.  Capturing high-speed sports photography in Madison Indiana is a unique experience. Madison Regatta photography is so fun because it is truly a high steaks race with professional teams from all around the country in a beautiful little Midwest town. It is kind of crazy how such a big race takes place in such a small town. Though Madison Indiana has a population of only 12,000, the Regatta maintains its place in the Unlimited Hydroplane American Boat Racing Association series, whose other races are in Seattle, Detroit, Chicago and San Diego, among others.  This was the first Saturday I was able to spend with my family in many weeks due to a cluster of summer weddings.  It was long overdue. We had a great time watching what my three-year-old called “the fast-race-car-boats”. My one-year-old, on the other hand, was pretty much terrified of the thumping noise the boats create in the turn. Check out the spray these boats make!  We recently moved to the charming and historic town of Madison Indiana and I am looking forward to photographing many more Madison Regattas. 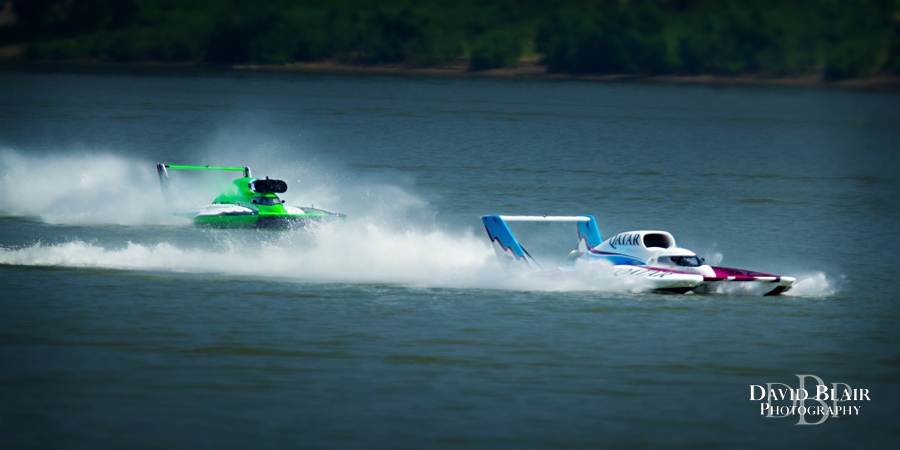 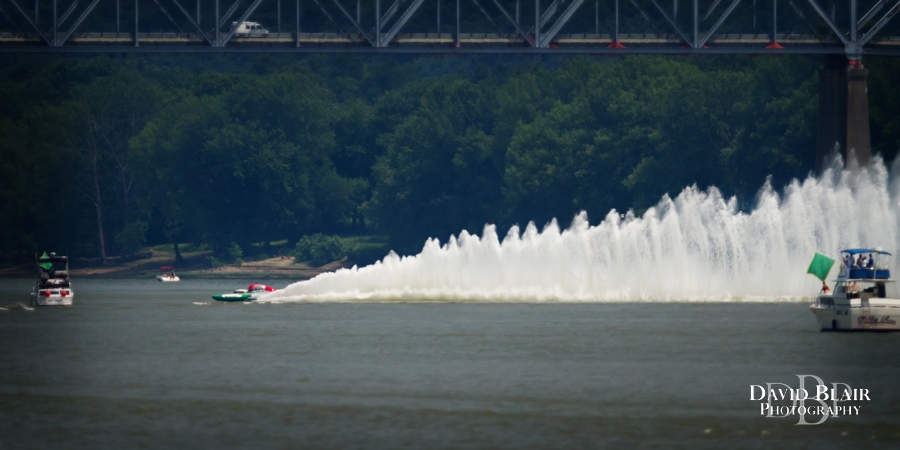 Not only were the banks of the river packed, but just outside of the race track the river was full as well. It was really hot and we were wishing we were out with all the boaters where we could easily go for a swim.

Below is Steve David who still managed to win the Regatta although he crashed into the spun-out boat of rival Dave Villwock during the final.  My family and I had a busy weekend and were only  in Madison for one day of the racing weekend and therefore missed the opportunity to get a photo of the spectacular crash.  To read the full story and see a photo of the crash click here.

To see more of my Sports Portfolio Click or Tap Here.

This long-standing small-town race even inspired the 2001 movie entitled Madison.