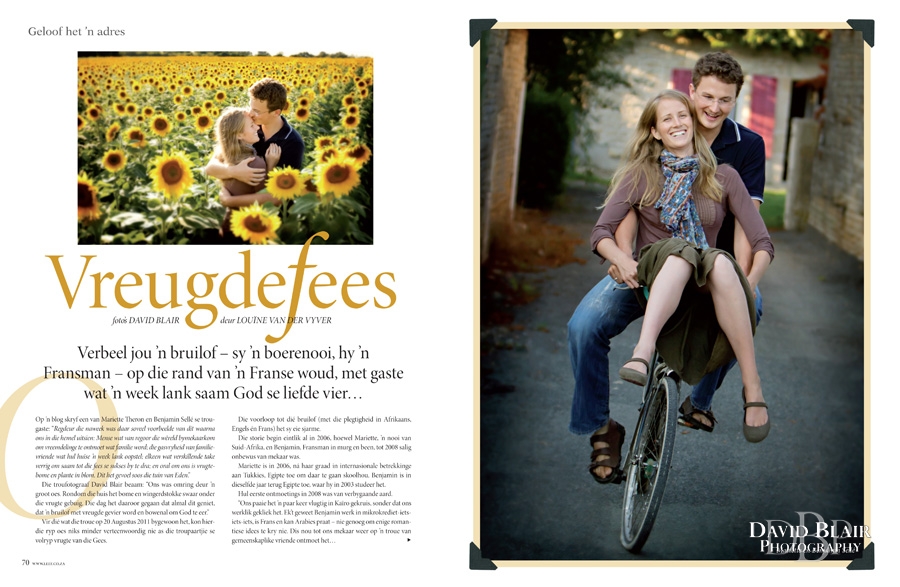 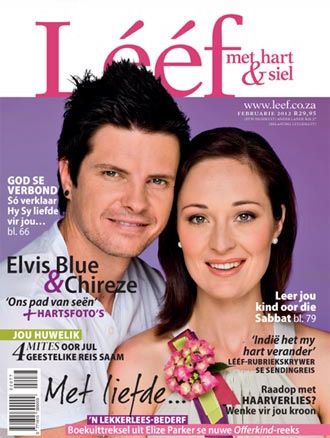 Yesterday a new issue of a magazine hit newsstands on the other side of the world.  Normally I would not have noticed, but this particular issue holds an interesting significance for me.  I’m incredibly honored and excited to announce my first international publication. Lééf – met hart & siel, a South African magazine, is currently featuring Mariette and Benjamin’s destination wedding which I had the pleasure of photographing in a small French villa out in the countryside, just south of Paris last summer. The feature is a six page spread that includes images from both their engagement session and wedding.  I wish I could tell you more about the article, but I haven’t the slightest idea what it says considering it is not in English, but Afrikaans. 🙂

Mariette and Benjamin chose to have their wedding at the family vacation home.  It was truly an international wedding with guests from four continents.  Of course this was expected considering that Mariette is South African and Benjamin’s father is American while his mother is French. I absolutely loved how they made unique decorations and incorporated flowers from both countries.  As if the stone house was not rustic enough they decided to simply hang a chair on the wall.  Many of the flowers scattered all about were actually wildflowers gathered the morning of the wedding from the surrounding countryside.  Inside hanging from the ceiling were origami birds and branches strung with lights.  The ceremony was in three languages. At various points  I heard English, French, and Afrikaans. The whole wedding had an interesting European feel to it that is hard to describe. I’m not sure if it was the French hospitality, attire, musical choices, languages or just all of that put together, but it was wonderful.  I was honored to be a part and even more so now to have my images from the celebration published abroad. It has all been such an amazing experience. 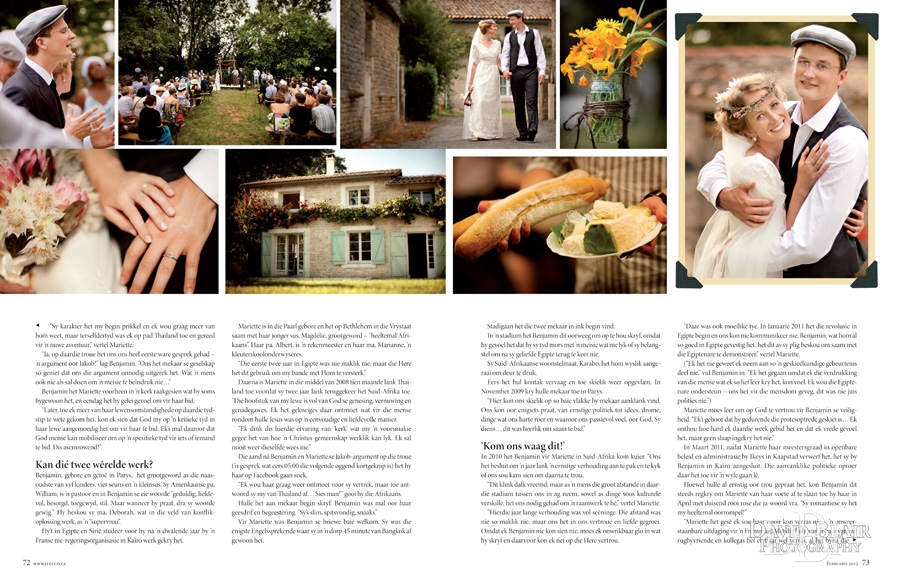 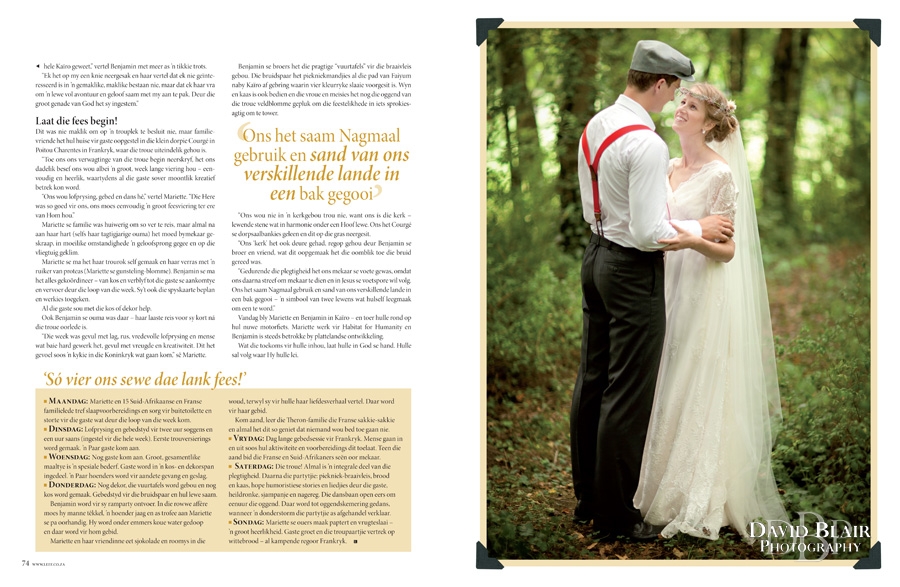 Benjamin and Mariette’s Destination Wedding continues to receive international attention as it has now also been featured on FrenchWeddingStyle.com as well as a Paris based Real French Wedding Blog, Lamarieeauxpiedsnus.com and on the Natural Wedding Blog from the United Kingdom.  Last but certainly not least, the Hollywood-based Jet Fete Destination Wedding Blog featured it as well!  Below are some more images from the wedding.

A Toast to a great friend and one amazing photographer.

Oh my this is gorgeous!!!

So beautiful. I love the feet washing and the menus. Those are my favorite. Oh…and her laughing at the reception. Gorgeous.