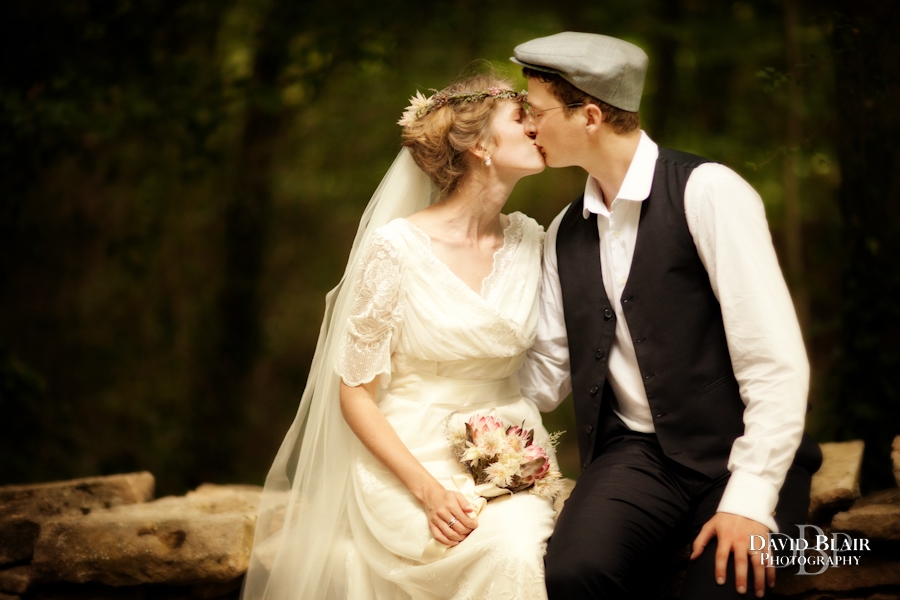 What a joy it was to travel to France to shoot Benjamin and Mariette’s Destination Wedding.  They chose to have their wedding at the family vacation home  in a small French villa out in the countryside.  It was truly an international wedding with guests from four continents.  Of course this was expected considering that Mariette is South African and Benjamin’s father is American while his mother is French. I absolutely loved how they made unique decorations and incorporated flowers from both countries.  As if the stone house was not rustic enough they decided to simply hang a chair on the wall.  Many of the flowers scattered all about were actually wildflowers gathered the morning of the wedding from the surrounding countryside.  Inside hanging from the ceiling were origami birds and branches strung with lights.  The ceremony was in three languages. At various points  I heard English, French, and Afrikaans. The whole wedding had an interesting European feel to it that is hard to describe. I’m not sure if it was the French hospitality, attire, musical choices, languages or just all of that put together, but it was wonderful.  It was so easy to make friends on this trip and I was honored to be a part. Benjamin and Mariette were so comfortable, relaxed and fun. The day was about having a good time, celebrating their new marriage and most of all glorifying God. 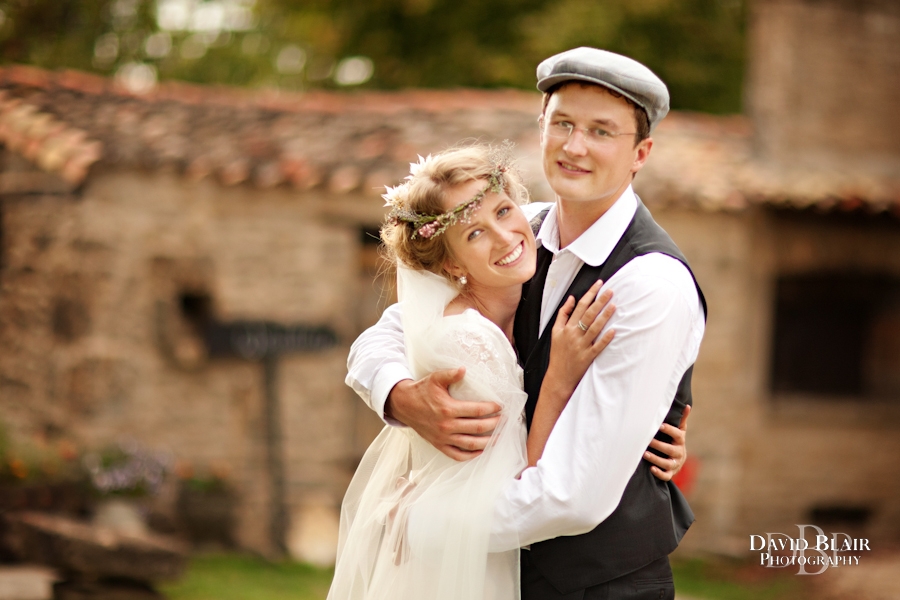 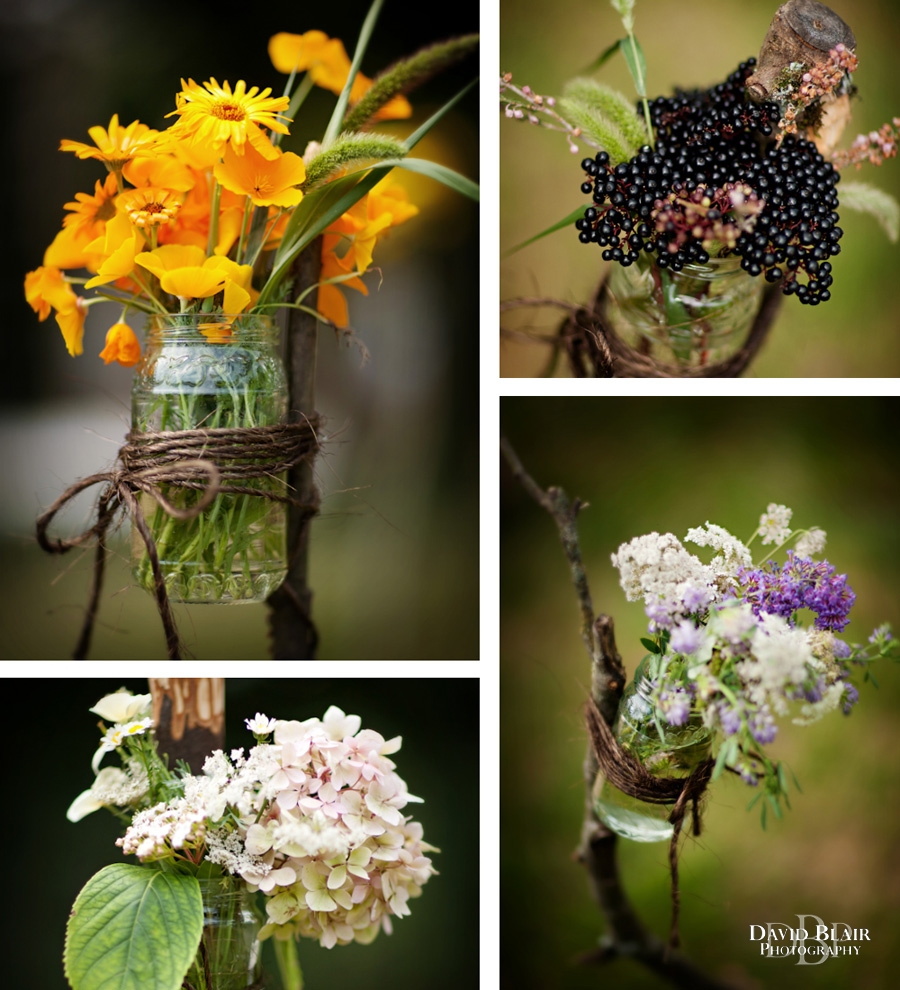 I almost forgot to mention how we were surrounded by a bountiful harvest. All around the home were trees and vines weighed down with fruits.

They had a distinctly Christian ceremony, honoring God all throughout. They sang praises to God, took Communion and as you can see Benjamin washed his wife’s feet, as a symbol of his commitment to serve her their entire lives, just as Jesus did for his disciples. They also wrote their own vows which they read to eachother before they exchanged rings.

Don’t you just have to love the grapevine and rosebush growing on the side of the house?

After an excellent dinner, a combination of South African barbeque which included two meat courses and French wine, cheese and breads, the reception moved into the tent where many guests have prepared songs, skits and speeches to both honor and humorously make fun of the couple.  The laughter continued long into the night.

Beautiful… seriously. Your ability to capture the beauty of the wedding day never ceases to amaze me. Good job David.

Thanks Chelsea for your kind you words. When are you going to come second shoot with me?

These are great David. Like from a fairy tale.

The pictures are BEAUTIFUL. Thank you so much David, they take my breath away!